University of Medicine, Pharmacy, Science and Technology of Targu Mures

Mission: The mission of the University of Medicine and Pharmacy of Târgu Mureș is to generate and transfer knowledge to the society through: - Training of highly qualified medical specialists; - Enrichment and dissemination of scientific, cultural, social and ethical values in the medical and pharmaceutical fields; - Promoting critical thinking among professionals and the public; - Scientific and cultural development in the medical and pharmaceutical fields; - Assertion of national scientific values in the medical field and integration into the European practice; - Development of consciousness and of the behavior of promoting human freedom and democratic principles

Vision: The University of Medicine and Pharmacy of Tîrgu Mureş contrives intelligence, creativity and diversity of its available resources in a stimulating environment for students and teachers to serve the city and society and to remain a landmark in the national and international academic world. In this way, the University will be able to generate innovation and progress for society as well as professional fulfilment for its members 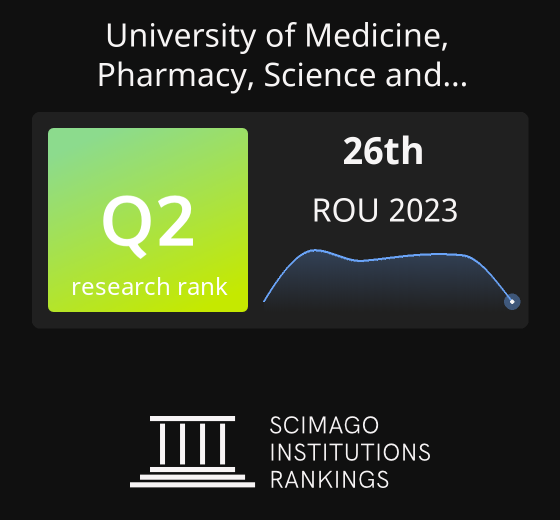