Mission: Brandeis University is a community of scholars and students united by their commitment to the pursuit of knowledge and its transmission from generation to generation. As a research university, Brandeis is dedicated to the advancement of the humanities, arts and social, natural and physical sciences. As a liberal arts college, Brandeis affirms the importance of a broad and critical education in enriching the lives of students and preparing them for full participation in a changing society, capable of promoting their own welfare, yet remaining deeply concerned about the welfare of others. In a world of challenging social and technological transformations, Brandeis remains a center of open inquiry and teaching, cherishing its independence from any doctrine or government. It strives to reflect the heterogeneity of the United States and of the world community whose ideas and concerns it shares. In the belief that the most important learning derives from the personal encounter and joint work of teacher and students, Brandeis encourages undergraduates and postgraduates to participate with distinguished faculty in research, scholarship and artistic activities. Brandeis was founded in 1948 as a nonsectarian university under the sponsorship of the American Jewish community to embody its highest ethical and cultural values and to express its gratitude to the United States through the traditional Jewish commitment to education. By being a nonsectarian university that welcomes students, teachers and staff of every nationality, religion and orientation, Brandeis renews the American heritage of cultural diversity, equal access to opportunity and freedom of expression. The university that carries the name of the justice who stood for the rights of individuals must be distinguished by academic excellence, by truth pursued wherever it may lead and by awareness of the power and responsibilities that come with knowledge. 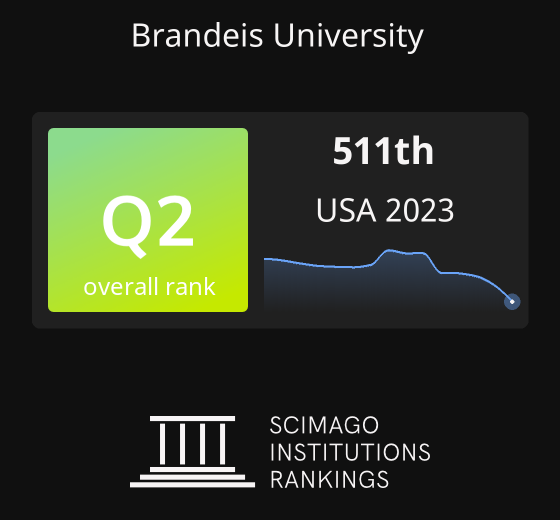