Mission: To train human resources capable of applying knowledge to the improvement of society's living conditions, in keeping with the obligation acquired, together with knowledge, towards the people of their nation. To develop scientific and technical knowledge with a view to increasing the understanding of the Universe and Man's place in it. To disseminate knowledge and all types of culture and to participate actively in the community with a view to forming an enlightened public opinion committed to the republican and democratic system of life.

Vision: The National University of San Luis projects itself as an innovative, inclusive institution that encourages free thought and the critical spirit of its community, with an active and transforming presence in its context. It is an organization capable of dialoguing with its surroundings, permeable to the demands of the environment, which collectively builds possible responses and favors sustainable processes of social transformation. It reaffirms its principles as a reformist, autonomous, co-governed, democratic university and values plurality of thought and action. The University aspires to consolidate itself as a recognized institution of the 21st century, without geographical borders, firmly committed to quality public education and in the conviction that knowledge is a social good and a human right. 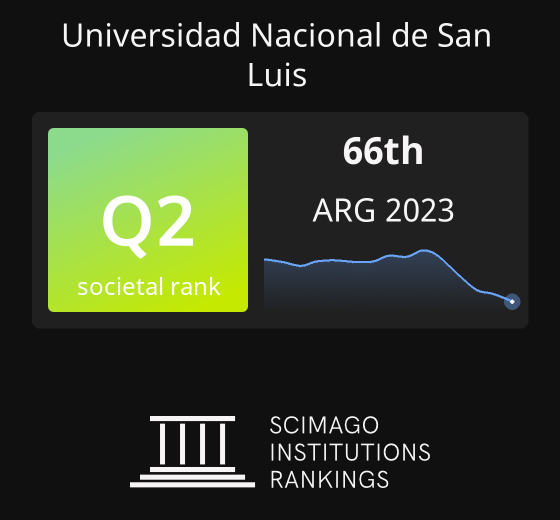