Mission: The University of Antioquia, a scientific, cultural and historical heritage of the Antioquian and national community, is a state institution that develops public service of state education with criteria of academic excellence, ethics and social responsibility. In the exercise of university autonomy, of the freedoms of teaching, learning, research and professorship guaranteed by the Political Constitution, and open to all currents of thought, it fulfills, through research, teaching and extension, the mission of acting as a center for the creation, preservation, transmission and dissemination of knowledge and culture. In undergraduate and graduate programs, the University trains people with high academic and professional qualities: autonomous individuals, aware of the ethical principles responsible for their actions, capable of working as a team, of free exercise of judgment and criticism, of leading social change, committed to knowledge and to the solution of regional and national problems, with a universal vision. As a fundamental desire, and by virtue of its transforming character, the institution seeks to influence all social sectors through research, teaching and extension activities; it is present in the daily life of society through the professional activity of its graduates; it watches over the formation of scientific habits and the creation of pedagogical strategies that develop intelligence and creativity, aimed at improving life, respect for human dignity and harmony with others and with nature. The University fosters change and progress in society, and participates in its integration with world cultural, scientific and economic movements; it carefully selects, perfects, trains and stimulates its professors, employees and workers, so that collective, creative and organized work makes it possible to meet institutional objectives effectively and with quality; it facilitates access to Higher Education, based on the principle of equality, for people who demonstrate the required skills and meet the required academic and administrative conditions. Information extracted from Superior Agreement 1 of March 5, 1994, by which the General Statute of the University of Antioquia is issued - Version updated by the General Secretariat to December 2015.

Vision: Throughout the process of collective construction of the Alma Mater Development Plan - so far in 2016 - various vision proposals have emerged, devised by the different institutional actors. After the topics that will mark the path of the UdeA were set out in the document of Strategic Bases, approved by the Superior University Council (CSU) last September 27, the current challenge is to build the new vision that the University of Antioquia will have, which will guide the work of the institution according to the objectives and goals to be achieved in the decade. Initially, the key concepts that members of the AU put into the participation scenario were identified and then the first version of the institutional vision was formulated. The second version was consolidated with the intervention of the CSU, taking as a starting point the proposals of the bodies that make up the Alma Mater. In order to complement the administrative area, the Rector's Office also contributed important elements to the university vision. The third version came about as a result of the talks held at the institution with members of the university community. In order to generate an integral participation, each of the branches and sectionals of the University of Antioquia in the department formulated its own idea of vision for the next 10 years, so that, in total, 11 proposals were made from the different municipalities. Thus, we present here the ideas gathered from the activities carried out with students, teachers, graduates, retirees and members of the administrative staff of the UdeA, who - through various talks, forums, participatory rapid assessments, interviews and different spaces for deliberation - have expressed the type of University they wish to build towards 2026. The vision, which consists of the future projection of the University during the 10-year period covered by the 2017 - 2026 IMP, succinctly addresses the 6 strategic themes and frames the objectives to be fulfilled, collectively, for the Alma Mater. The final document of the Institutional Development Plan, where the vision will be stated, must be approved by the CSU during the first quarter of 2017. 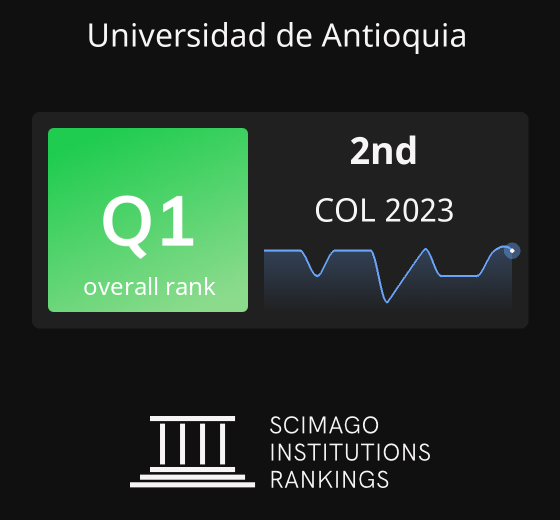