Academy of Sciences of the Czech Republic *

Mission: The primary mission of the CAS and its institutes is to conduct research in a broad spectrum of the natural, technical and social sciences and the humanities. This research, whether highly specialised or interdisciplinary in nature, aims to advance developments in scientific knowledge at the international level, while also taking into account the specific needs of both the Czech society and the national culture. Researchers of the Academy institutes also participate in education, particularly through doctoral study programmes for young researchers and by teaching at universities as well. The Academy also fosters collaboration with applied research and industry. The integration of the Czech science into the international context is being promoted by means of numerous joint international research projects and through the exchange of scientists with counterpart institutions abroad. The supreme self-governing body of the CAS is the Academy Assembly, two-thirds of which is composed of representatives of all Academy institutes, the remaining third being representatives of universities, state administration, business circles, and other notable personalities. The executive body of the Academy is the Academy Council headed by the President of the CAS. The Council for Sciences is primarily engaged in setting science policy of the Academy. Members of each of these Academy bodies are elected for a four-year period. Academy Evaluation Committees, which correspond in their professional fields to respective science sections of the Academy, perform an independent assessment of the quality of research and research objectives of the individual Academy institutes. The CAS is financed primarily from the state budget. The pattern of research funding at the Academy conforms to current international standards. In addition to basic institutional financing of the research objectives of the Academy institutes, target-oriented financing is being more widely practised to carry out research projects and grant projects selected on the basis of public competition. The CAS was the first institution in the Czech Republic to establish its own Grant Agency which financially supports research projects selected through a peer-review procedure involving reviewers from abroad. The individual Academy institutes obtain additional financial resources by participating in national as well as international research programmes. The CAS has also been assigned financial responsibility for 71 specialised Czech scientific societies associated with the Council of Scientific Societies. 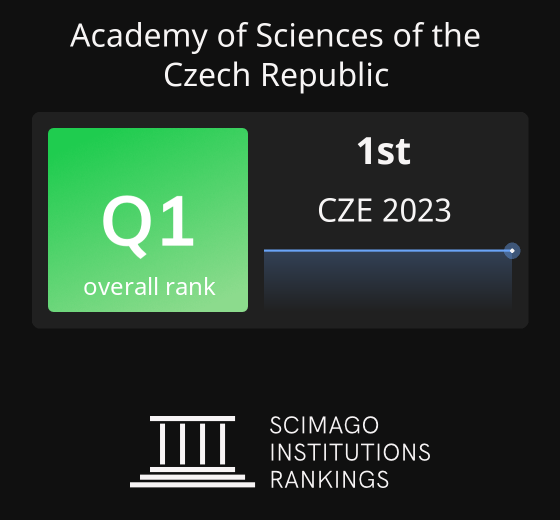