Mission: The National Institute of Sciences of the Universe (INSU) coordinates research covering a broad spectrum: astronomy and astrophysics; ocean and atmospheric sciences; earth and continental surface sciences. Structured around the observatories of the sciences of the Universe and involved in national and international programmes, INSU opens up avenues to respond to the major scientific challenges of today, of the Universe and the Earth and to planetary issues, such as the effects of climate change, solutions for sustainable development, the evaluation of renewable energies, the anticipation of natural risks or the origins and evolution in the Universe. 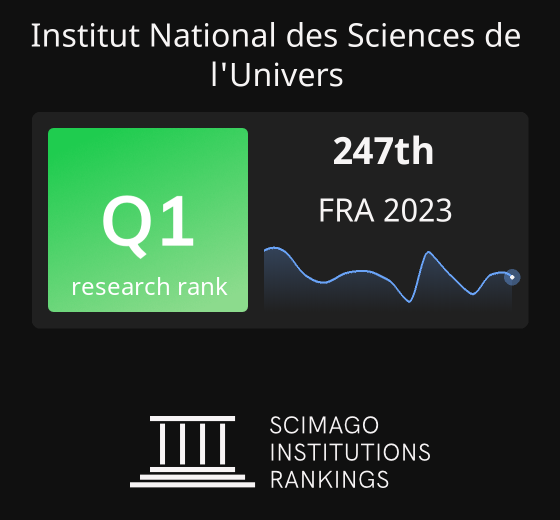