Mission: University of Tirana is a public university which provides a wide range of study programs at bachelor, master, and doctoral study levels. University of Tirana contributes to the developments in society through three main pillars of the higher public education mission; scientific research, education, and services to the public, elements which best complement each other. University of Tirana provides education with the focus placed on students and stimulation of their persona; and intellectual growth to make them capable of having a productive career in the future and responsible citizens in an ever global society.

Vision: University of Tirana strives to be one of the best models of the higher public education organizations characterized by rigorous academic achievements and deep scientific research, a first-choice university for students to improve their lives and society 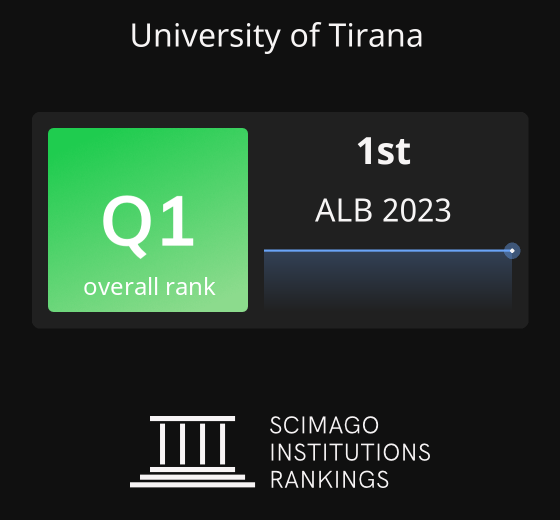