Mission: The mission of the IPGP is not only to create and to transmit knowledge in Earth sciences, but also to observe natural phenomena. The Institut conducts researches in all fields of solid Earth studies (Geophysics, Geochemistry, Quantitative Geology) by combining terrestrial and marine observation as well as laboratory analysis and measurement with the development of conceptual, analogical and digital models. Prospects are emerging in new and promising fields such as Earth materials under extreme conditions, the early Earth and its first billion years, movements between the solid Earth and its outer envelopes, and the interactions between the Earth sciences and Life sciences. The IPGP's study of natural hazards includes responsibility for monitoring the three French active volcanoes (La Soufrière in Guadeloupe, Mount Pelée in Martinique and Piton de la Fournaise in Réunion) and for the worldwide Géoscope network of seismic stations. The IPGP's work also includes a major contribution to the global Intermagnet network of magnetic observatories. Also worth emphasising is development of partnerships with industry, such as the programme for geological storage of CO2 or the design of space missions. 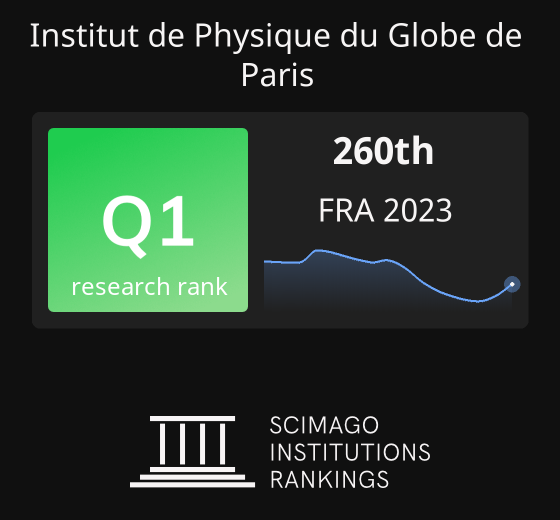