Mission: The founding idea of the ISC was to create a scientific institution that could represent a pole of national and international excellence in the field of complexity starting from its origins in the field of physics and also towards its interdisciplinary applications. The science of complexity concerns the study of interacting systems, networks, and collective dynamics, and finds applications in all fields of modern knowledge, from social dynamics to animal behavior, from the Internet to energy distribution and the study of economic systems, from epidemiology to neuroscience, from photonics to soft matter and new materials, from nanotechnology to basic physics. 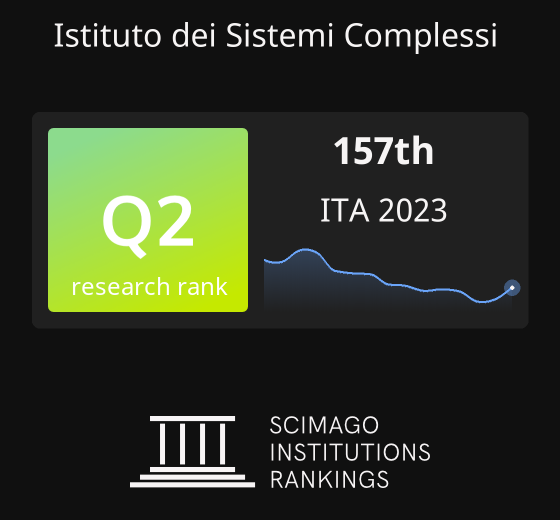