Mission: The mission of the Institut “Jožef Stefan” is the accumulation – and dissemination – of knowledge at the frontiers of natural science and technology to the benefit of society at large through the pursuit of education, learning, research, and development of high technology at the highest international levels of excellence.

Vision: The Institut “Jožef Stefan” strives to remain not only a leading national, but also an important European research centre. Our excellent achievements will be published in the most important scientific publications and will encourage the consciousness of the economy and general public about the meaning of scientific research, technological development and innovations for the greater good. The Institute creates suitable conditions for the young people to realise their talents, ideas and projects for the benefits of Slovenia, Europe and society as a whole. 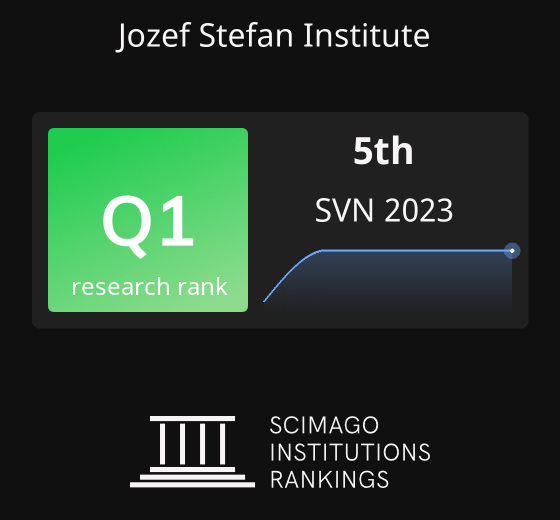