Mission: CTTC’s core activity is the conception, design and implementation of research and development projects, which have to produce innovative results in all their development phases, in both scientific and engineering terms. The acquisition of an international reputation in its scientific and technological activity, shaped in terms of scientific production, will favour CTTC’s mission of becoming an Excellence Center. CTTC aims at fostering innovation potential by making new scientific knowledge accessible and supporting its implementation. In this way, CTTC significantly contributes to consolidating Barcelona’s position as an important center of technology, besides helping expand Spain’s role within the European telecommunications research community and industry. Finally, CTTC contributes to the economic growth of the Catalan industrial context, by becoming a partner of solid reputation in research and technological development, as well as a provider of knowledge and human resources for the industrial research.

Vision: CTTC is a non-profit research center, from a public initiative and with a high degree of self-financing, open to the participation of other public and private bodies, as well as to partnership with the industrial and business sectors. CTTC has a professional scientific management, a critical mass of researchers and projects, real possibilities of growing and establishing durable links with the industrial and business sectors, and the capacity of leadering technological projects, both national and international. The expertise accumulated at CTTC makes us one of the primary addresses for Spanish telecom industry, as well as one of the leading European institutions for research at physical, access and network layers in telecommunications. 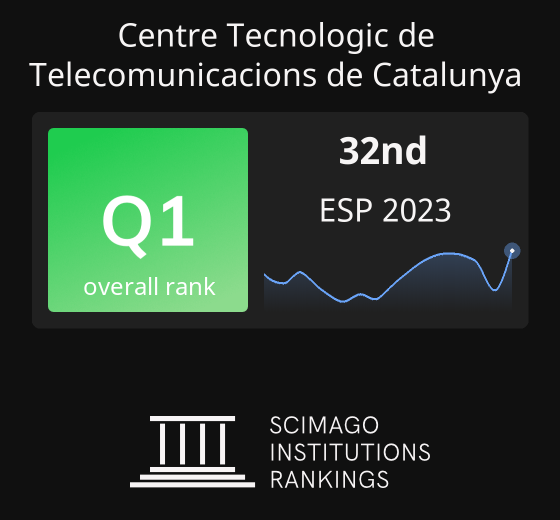