Mission: PPPL develops the scientific understanding of plasmas from nano- to astrophysical-scale. Plasma physics, the study of hot ionized gas, is crucial to understanding the dynamics of the visible universe and solar system, and high temperature matter in all contexts. This knowledge has a broad range of applications, including fusion energy, forecasting the impact of solar storms, semiconductor chip manufacturing, and technological (e.g., plasma production of carbon nanotubes). PPPL develops the scientific knowledge to enable fusion to power the U.S. and the world. Under appropriate conditions and composition, plasma with very high temperature, density, and confinement will release energy from nuclear fusion. PPPL has been a leader in developing the physics of high temperature plasmas needed for fusion. PPPL will continue to solve plasma physics problems crucial to fusion energy, as well as contribute to solutions of key engineering science challenges associated with the material structure that surrounds the hot plasma.

Vision: Enabling a world powered by safe, clean and plentiful fusion energy while leading discoveries in plasma science and technology. 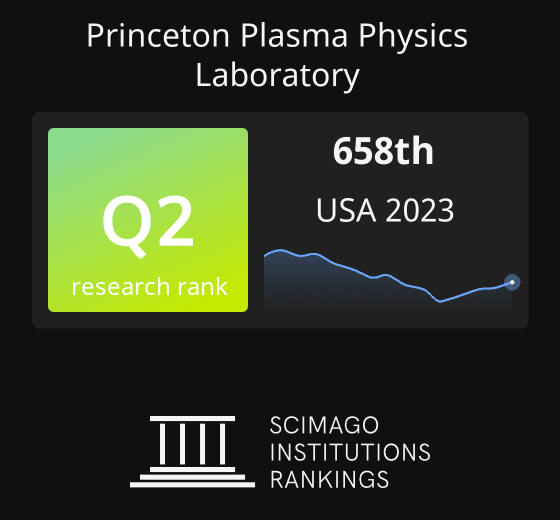