Mission: To carry out research and development in the areas of institutional interest linked to science and technology and the corresponding training of high-level human resources. Seek to make substantial contributions to national technological growth, materializing its own developments and engineering in the nuclear and non-nuclear areas, and the continued promotion of scientific, technological and academic activities. These objectives are pursued by maintaining state-of-the-art laboratories and outstanding research groups in the basic and applied sciences, which in turn show the highest capabilities in the field of higher education. The achievement of the objectives and the mission of Centro Atómico Bariloche implied the growth of the Institution in infrastructure and equipment, all of this in pursuit of the development of new nuclear projects. 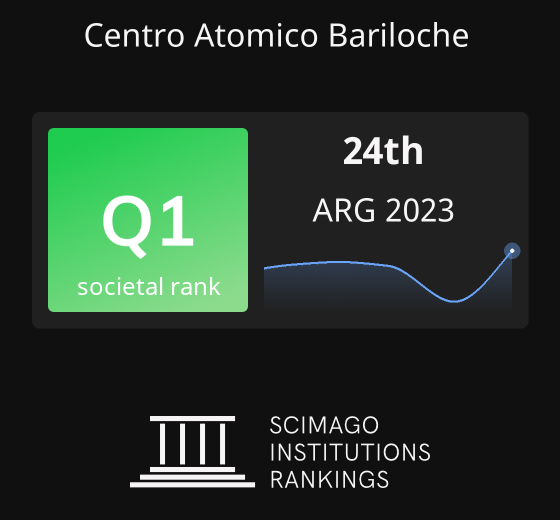