Mission: Perimeter Institute for Theoretical Physics is an independent, resident-based research institute devoted to foundational issues in theoretical physics at the highest levels of international excellence. We strive to create a lively and dynamic research atmosphere where many approaches to fundamental questions, both orthodox and unorthodox, are pursued simultaneously and where a balance between formal and phenomenologically-oriented research is established. We are determined to collaborate constructively with the surrounding academic community, in particular by creating outstanding educational and research opportunities for graduate students. We are equally determined to create a world-class outreach program which conveys the wonder and mystery of the universe and the importance of future scientific breakthroughs, to the general public in Canada and beyond.

Vision: Perimeter’s vision is to create the world’s foremost centre for foundational theoretical physics, uniting public and private partners, and the world’s best scientific minds, in a shared enterprise to achieve breakthroughs that will transform our future. 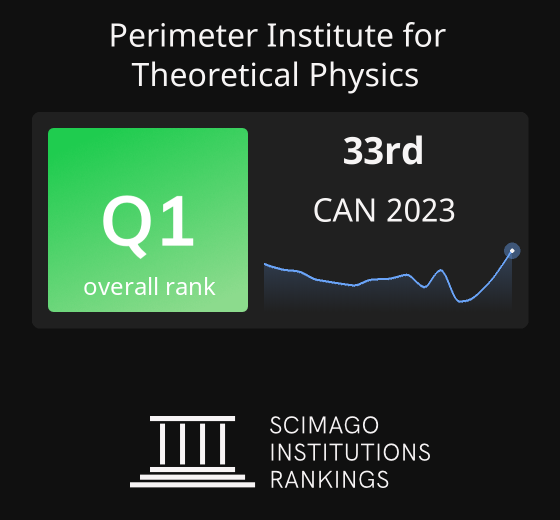