Mission: The basic objective of Inter-University Accelerator Centre (IUAC) is to provide front ranking accelerator based research facilities to create possibilities for internationally competitive research within the university system. The Centre has been playing a very special role of a research institute within the University system where the scientific and technical staff have dual responsibilities of facilitating research for a large user community as well conducting their own research. Emphasis is put on encouraging group activities and sharing of the facilities at the Centre in synergy with those existing elsewhere. The Centre has established sophisticated accelerator systems and experimental facilities in project mode involving several universities for internationally competitive research in the areas of Nuclear Physics, Materials Science, Atomic Physics, Radiation Biology, Radiation Physics and Accelerator Mass Spectrometry. 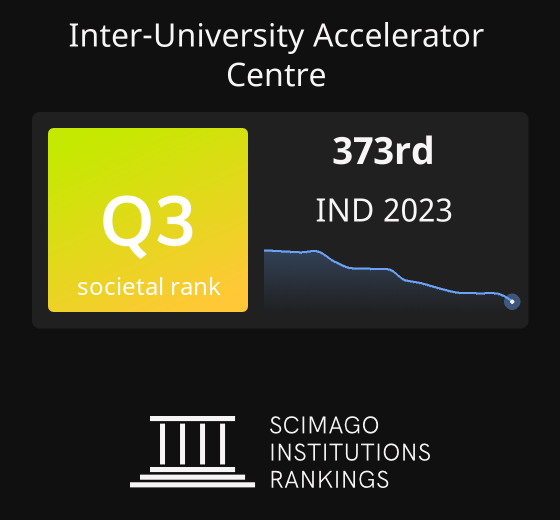