Mission: As a laboratory of ideas and intellectual home, the University Bordeaux Montaigne contributes to the scientific debates of its time and relentlessly cultivates its fundamental values: independence and freedom of thought. It has made equal opportunities one of its priority missions and is constantly working to improve its training systems and support all its students towards success. 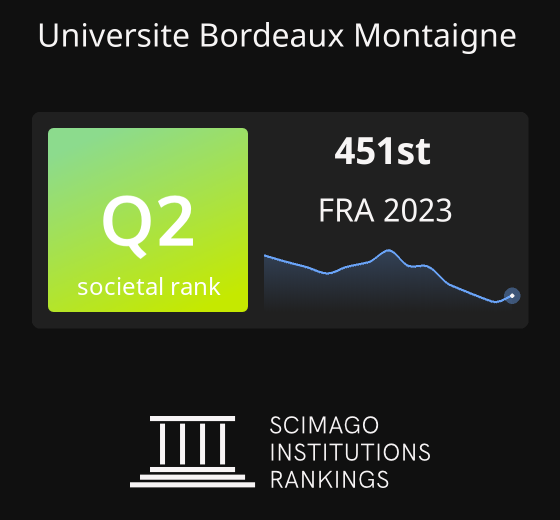