Mission: A major player in university innovation rooted in the Greater East Paris region, the institution is developing a synergistic approach to its missions of training, research, professional integration and links with partners. It promotes interdisciplinary approaches to respond to déﬁs in its environment. The UPEC has set itself the following priority missions: to accompany its students, in all their diversity, on paths to success, from their orientation to their professional integration; to be an engine of innovation for society through cutting-edge research and through the co-construction and sharing of knowledge and skills; to extend its influence and attractiveness through the internationalisation of its training and research.

Vision: Open to the world and to a rapidly changing territory, the UPEC is fully committed to society. It thinks and responds to déﬁs of social and environmental transformation by promoting greater social justice. UPEC is committed to : the promotion of excellence through training, research and innovation; the development of strong interactions between the university and society; the creation of a network of partners diversiﬁés at the local and international levels; the quality of the working conditions of its staff and support for their initiatives. 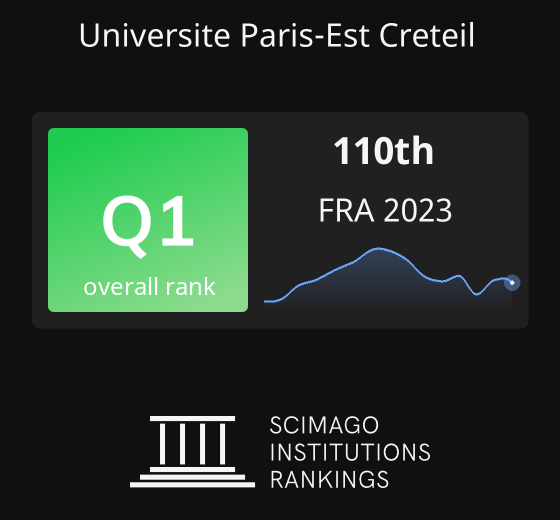