Mission: As the “university for the information society”, the University of Paderborn wants its academic programs to contribute to the formation of self-aware, confident, responsible, and enlightened members of a society that is rapidly changing, both socially and technologically. Graduates from the University of Paderborn should be capable of positioning themselves competently and independently in a modern, information-based society, and of acting responsibly and in an enlightened manner. The university takes the educational mandate of the university system seriously, and is aimed at promoting the development of a modern, humanistic, socially just, and democratic society. The university stands behind an open, tolerant academic atmosphere, which is oriented towards active participation in the community and in wider society. 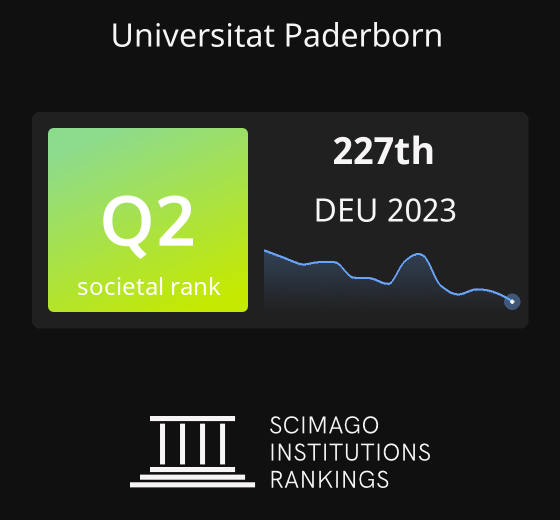