Mission: On the basis of the mission of Higher Education Institutions (HEIs), as described by Greek Law (N. 4009/2011, article 4) the vision and mission of AUTh can be summarized as follows: Upgrading the educational process and the curricula (Accreditation) – Educational and teaching excellence. Enhancing excellence in research. Enhancing AUTh’s international presence. Upgrading the organization and operation of Administrative Services. Using, applying and making the most of current Information and Communication Technologies. Upgrading the quality of student services. Connecting the University with society and promoting of AUTh to a landmark of development and culture. Utilizing the University’s real property and intangible assets for the benefit of both AUTh and society at large. Being an environmentally friendly University. Being a friendly and accessible University towards all citizens and especially the ones with disabilities.

Vision: Remain high and consistently oriented to the continuation of its tradition, namely to be a pioneer institution, standing out among Greek and many foreign Universities on all levels: education, research, culture, connection with society. 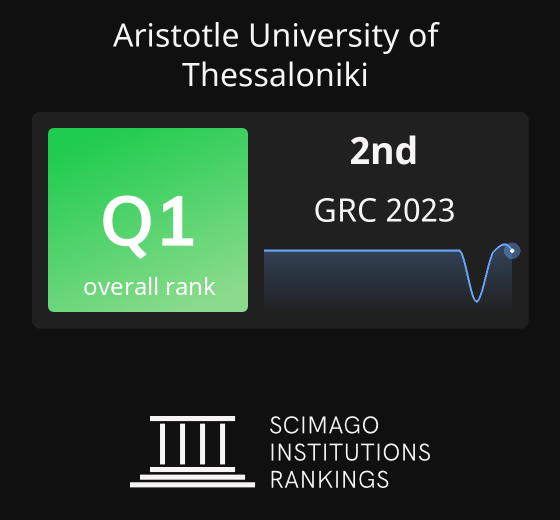