Mission: Banasthali Vidyapith has been conceptualized to materialize the ethos of nation-building and Indian Culture. Banasthali's whole architecture stands upon the twin foundation pillars of Nationalism and Indian Culture. Since its inception, Banasthali Vidyapith has had a clear perspective about its educational efforts and has possessed a vivid picture of the form and pattern of educational programme to be adopted. The architects of the Vidyapith believed that an educational programme should be able to promote the development of a balanced and harmonious personality of the students. Hence, the educational programme of the Vidyapith was distinct from the form of education prevalent at that time which emphasized book learning to utter neglect of all other aspects of education. Banasthali Vidyapith’s aim of a full and balanced development of students' personality got concrete expression in the form of 'Panchmukhi Shiksha' which evolved out of initial experimentation. Panchmukhi Shiksha attempts a balance of the five aspects of education, namely Physical, Practical, Aesthetic, Moral and Intellectual and aims at all round harmonious development of personality. Synthesis of spiritual values and scientific achievements of the East and the West is a key feature of the Vidyapith’s educational programme. Simple living, self-reliance and khadi wearing are hallmarks of life at Banasthali. 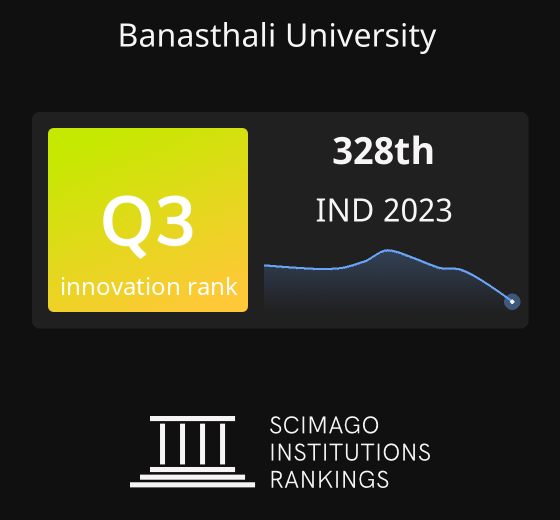