Mission: The Institute for Sustainable Agriculture (IAS) was established in 1992 as a unique research center within the CSIC mission in agricultural research. Its specific focus is the study of agricultural systems in Andalusia, such as dryland and irrigated herbaceous crops and olive orchards, in order to harmonize food production with conservation of natural resources and environmental protection. This was the mission statement presented by the IAS and endorsed by the CSIC at the time of its establishment, when conducting research oriented towards the economic and social needs of the region was identified as a major goal. 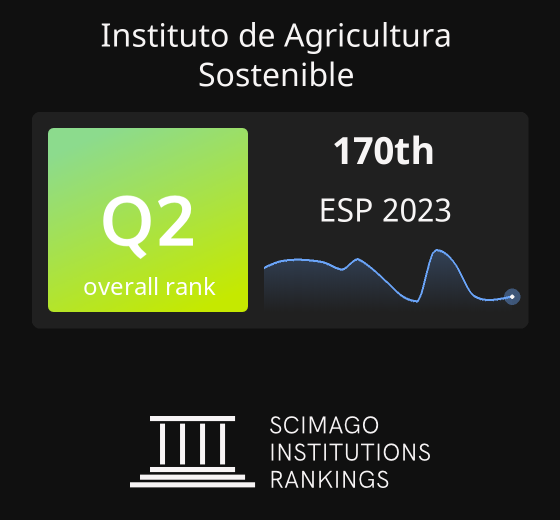