Mission: To study the mind of man in its realisation of different aspects of truth from diverse points of view. To bring into more intimate relation with one another, through patient study and research, the different cultures of the East on the basis of their underlying unity. To approach the West from the standpoint of such a unity of the life and thought of Asia. To seek to realize in a common fellowship of study the meeting of the East and the West, and thus ultimately to strengthen the fundamental conditions of world peace through the establishment of free communication of ideas between the two hemispheres. And, with such ideals in view, to provide at Santiniketan, a centre of culture where research into and study of the religion, literature, history, science and art of Hindu, Buddhist, Jain, Islamic, Sikh, Christian and other civilisations may be pursued along with the culture of the West, with that simplicity in externals which is necessary for true spiritual realisation, in amity, good fellowship and co-operation between the thinkers and scholars of both Eastern and Western countries.

Vision: To win the friendship and affection of villagers and cultivators by taking a real interest in all that concerns their life and welfare, and by making an effort to assist them in solving their most pressing problems. To initiate a dialogue between academic study and research of rural economy / culture and on-field experience. 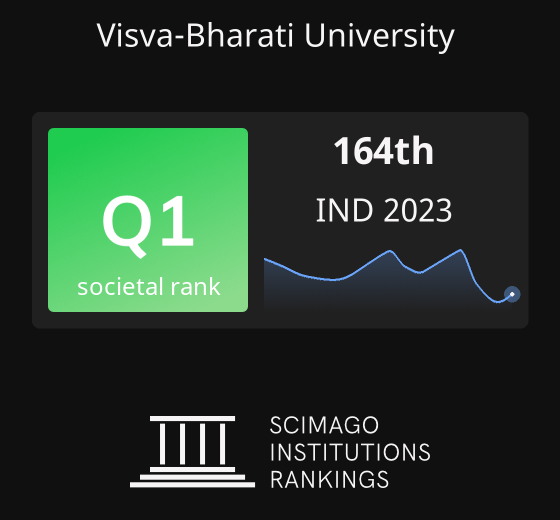