Mission: The University of Girona is a young, dynamic university with a strong personality, which seeks excellence in teaching, research and knowledge transfer (innovation). It is based in the city of Girona and is the university of reference both for the city of Girona and for its territorial and cross-border environment, one of the most dynamic in the country. The UdG actively participates in the progress and development of society through the creation, transmission, dissemination and criticism of science, technology, the humanities, the social sciences and the arts, so that it has become one of the main economic and cultural motors in its environment. From its strong roots in its own territory and culture, the UdG expresses a clear vocation of universality and openness to all traditions, advances and cultures. The University of Girona's strategic plan for 2008-13 defines its mission: "The UdG's mission is the creation and transfer of knowledge, teaching and innovation, with the aim of being, from its roots in the territory, the benchmark in the Pyrenees-Mediterranean Euroregion and a well-positioned institution on a European scale". 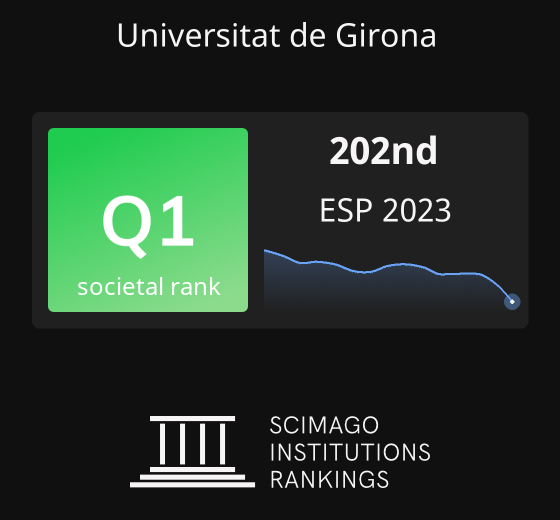