Mission: The mission of the University of La Rioja is to contribute to the progress of society through the creation and transmission of knowledge, the transfer of R+D+i and the promotion of culture, training people with a comprehensive education and providing the territorial environment with resources and tools that favour social transformation and development.

Vision: The University of La Rioja is a REAL University. And it is so because it wants to be a reference point for the social and territorial environment in which it is integrated and which it serves; because it is An entrepreneur in the projects that she faces both in the field of teaching and in the field of research and transfer; because she is bold in the way she faces her present and future challenges and because she aspires to an unquestionable leadership that will allow us to contribute significantly to the transformation of society by accompanying the economic development and progress of the region from our position as a public institution of higher education and the main centre of research and innovation. When the University fulfils its fundamental missions, when it fulfils the function entrusted to it by society through research, teaching and knowledge transfer activities, it does so with a firm belief in a series of values that inspire and guide that work. Thus, the University of La Rioja and the people who form part of this organisation work with effort and dedication; from commitment and responsibility; with a deep conviction that the University is the best place for the confrontation of ideas and with no other servitude than the search for scientific truth. The University is a public service and from this approach it faces its duty of accountability and commitment to transparency. With the functions already indicated and from the values described, the University of La Rioja articulates its vision of the future around the Iberus Campus project, the Campus of International Excellence in which it is strategically added to three other universities in the Ebro Valley (Public University of Navarre, University of Zaragoza and University of Lleida) to project itself onto the national and international university scene with the security and strength that comes from joining forces and sharing projects of great importance. 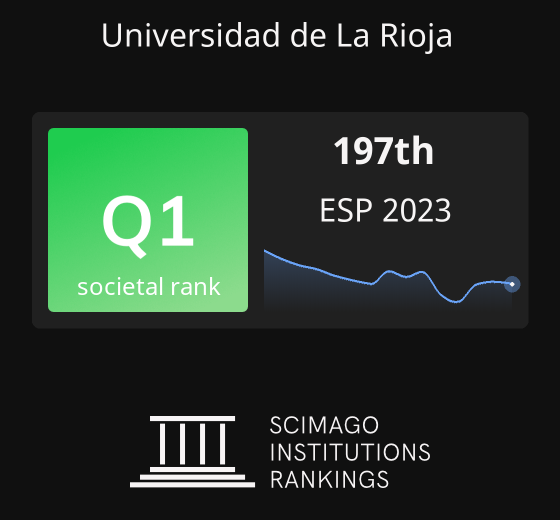