Mission: The mission of the Universidad Francisco de Vitoria is to build a university community of people who seek the truth and the good, and who, through their formation and leadership, promote the Christian transformation of society and culture. The Universidad Francisco de Vitoria is a private institution of higher education based on the principles of freedom of teaching, research and study. After starting its journey in the 1993-94 academic year as a Centre attached to the Complutense University of Madrid, it was fully accredited as a private university years later. It is currently part of an international university system that includes higher education institutions in the United States, Mexico, Europe and South America. Due to its own vocation and nature, UFV promotes an integral formation to its entire university community. It is a university: Catholic-inspired. From the most absolute respect to individual freedom, it inspires its formative model in the values of Christian humanism; mainly in the ethical behavior in the exercise of the profession, personal integrity and social commitment. It is open to people - without limitation for cultural, social or economic reasons - and to knowledge, new technologies, science, research, culture and change. International, educating its students for a global and multicultural world. 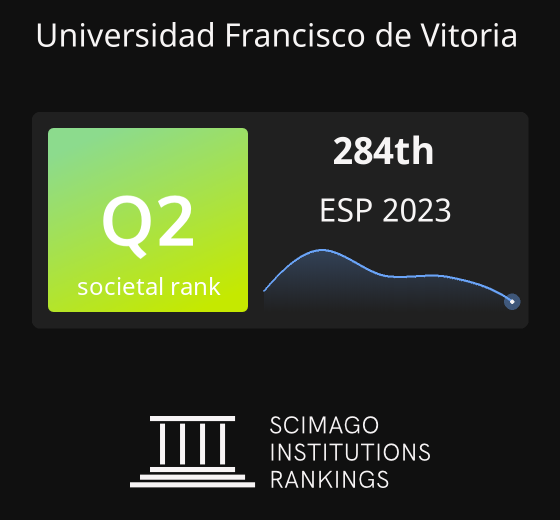