Mission: Mission of Universitas Muhammadiyah Surakarta carrying out two main missions, as follows: Develop science, technology and art as part of worship to Allah (integrated) that gives impact to the realization of the main society. developing human resources based on Islamic values and giving direction to change in order to realize the main society.

Vision: The vision of Universitas Muhammadiyah Surakarta in 2029 became the center of education and development of the Islamic science and technology that gives direction for changes 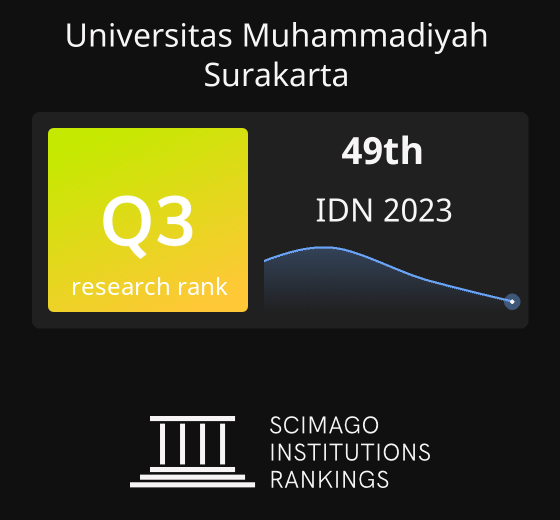