Mission: The missions of Bangladesh Agricultural University have been to develop the art and science of agriculture for the well being of mankind, and to educate agriculturists of high standards of scientific, managerial and professional competence in harmony with the environment, and to share knowledge and skills with world partners.

Vision: Bangladesh Agricultural University (BAU) is the premier seat of higher agricultural education and research in the country. Its scholastic activities cover all the domains of agricultural sciences having direct bearing on terrestrial and aquatic productivity. The University was established as the nation's only University of its kind in session 1961-62 on the basis of recommendations made by the Commission of National Education and the Food and Agriculture Commission in 1959. The Scheme for the establishment of BAU was finalized on 8 june 1961 and its ordinance was promulgated on 18 August 1961. With the appointment of its first Vice-Chancellor, the university formally came into existance on 2 September 1961 and started functioning with the College of Veterinary Science and Animal Husbandry (CVSAH) at Mymensingh as its nucleus. The main task of the university is to tone up the quality and standard of higher agricultural education and to produce first-rate agriculturists, agricultural scientists and researchers for shouldering the responsibilities of agricultural development of the country. It is a residential university mandated for offering for higher education and research in agriculture and all of its branches including conduct of examinations, conferment of degrees and granting affiliation. To achieve the objectives over 90 percent of the recurring budget and the entire development fund come from the government through University Grants Commission (UGC). BAU has been the principal supplier of skilled human capital for modernizing our national agriculture since its establishment in 1961. And yet it has a long way to go ahead. It is our vision to make this University an integrated institution with functional relationships with relevant government organizations, non-government organizations, and private sector firms enabling BAU to contribute meaningfully to agricultural development of Bangladesh. We want to be guided by three watchwords relevance, quality and internationalization to respond to the call of a fast-changing world system. 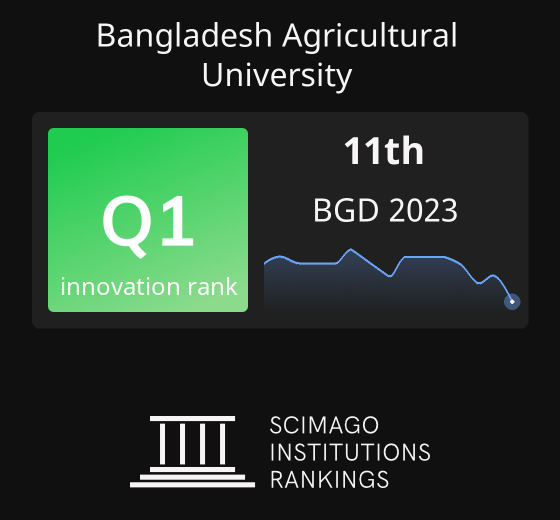