Mission: The Mission of the School is "to promote the development of culture, teaching and research in the area of of mathematical and natural sciences, humanities, social sciences exploring their interconnections". For this reason the School "pursues the highest level of education, university and post-graduate, permanent and recurrent, valuing Priority is given to the relationship between training and research, also to foster its best interaction with the outside world".

Vision: On these assumptions, the Vision that animates the Normal School is to be a place where cultural challenges, and technology of the 21st century find a fertile, open and peculiar environment, thanks to which students and students can make their own contribution in a historical phase characterized by migration, change in climatic conditions and pervasiveness of technology that require a high level of critical and scientific knowledge capable of governing the complexity in which humanity is immersed. 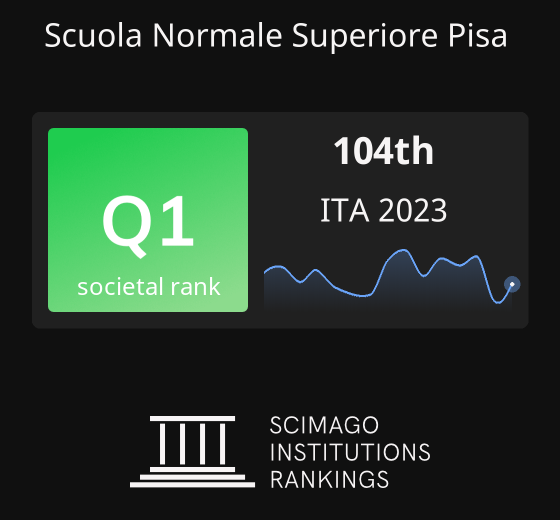