Mission: The mission of a University is already contained in its very name: universĭtas. Openness, plurality, freedom, and encounter, precisely: “universality”. «The University is a community» states the Statute. Community means involvement, cooperation, by students, teachers, researchers, administrative and technical staff and service, all united in respect of and for the promotion of human beings. The University of Bergamo contributes to the cultural, social and economic progress of the territory. 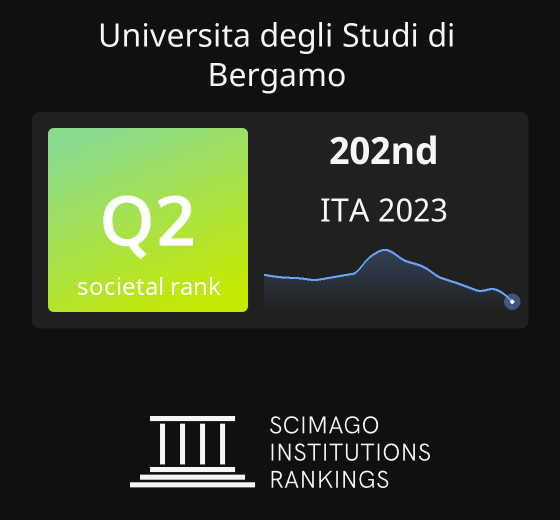