Mission: The distinctive mission that UNICAM has consistently pursued for a long time is that of spreading the culture of training among a very diverse range of users, in the interests of social condition, through the high quality of its courses of study and its activity of research. To accomplish this mission, on the one hand, UNICAM is particularly careful and committed to ensuring equal opportunities in access to studies and recruitment mechanisms regardless of gender, religion, ethnicity or political opinion and also commits its own resources to enable all deserving students, even those without of means, of access to university education. On the other hand, he acquired and refined in the time the ability to give rise to interdisciplinary connections, starting from the three fundamental cultural dimensions it contains, such as the scientific-technological and humanistic dimensions and design, making them available to civil society, the world of work and the production. To this end, the University promotes collaborations in the field of research and teaching. and culture and entertains relationships with public and private, Italian, EU and international. UNICAM, thanks to its polycentric configuration, stands as a of connection in a territorial productive reality of a widespread type. The sense of belonging of its components, the tenacity and determination with which it pursues its objectives ensure that the territories in which it insists on recognising it as point of reference for its own development, being part of it itself.

Vision: Taking into account the current context and aiming at its distinctive mission, the future development of the Athenaeum appears increasingly linked to its ability to play a role key to contributing to the social, economic, technological and cultural innovation of the territories where it operates, responding to the contribution requested by the country and the Community international. This role has been recognised by the highest offices of the state and the international community. Institutions, also in view of what it has represented and how it has worked in the post-earthquake period. 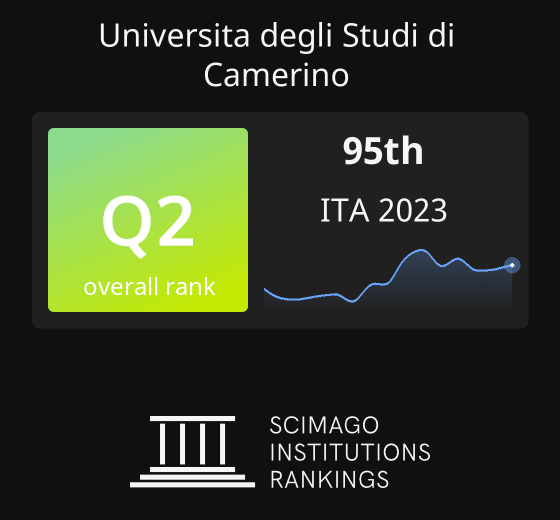