Mission: The University of Salento is a community, made up of students, professors and technical-administrative staff, which recognizes itself in the free promotion of research and teaching as instruments of human development, affirmation of pluralism and pursuit of equal social dignity, in full independence from any ideological, political, religious, economic orientation. Within the university community no one may be discriminated against, in any way or form whatsoever, by reason of his or her choices of study, research and teaching. The University of Salento guarantees its students equal opportunities and equal dignity by promoting merit and valuing excellence and supports applied and basic research, recognizing itself in the principle of evaluation. Alongside the two fundamental objectives of training and research, the University of Salento pursues a third mission, i.e. it works to promote the direct application, enhancement and use of knowledge to contribute to the social, cultural and economic development of the territory in which it operates. On an international level, the University of Salento pursues all forms of collaboration aimed at fostering knowledge and mutual enrichment between cultures, the circulation of knowledge and the exchange of students and staff. 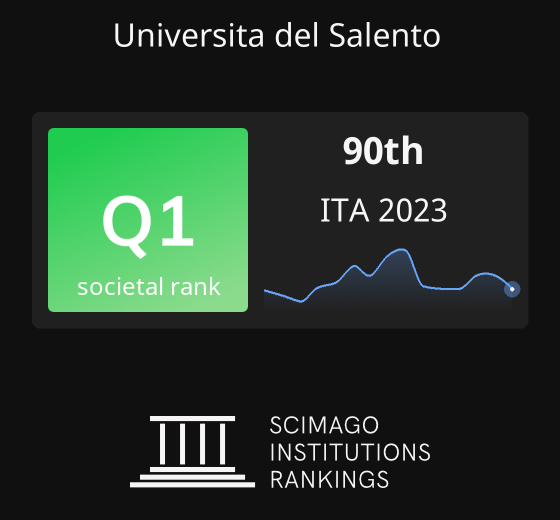