Mission: Hitotsubashi University was established as a center of education and research embracing every field of the social sciences, which make up the learning of civil society. The University has contributed to the development of Japan’s political and economic society and the nurturing of its creative driving force through its liberal academic traditions. Its standards of education and research, including those in the humanities, are extremely high, and since its establishment it has produced many highly talented graduates who have been active not only in Japan but also internationally. Based on this history and record of achievement, our continuing mission is to create intellectual and cultural property which will contribute to the building of free and peaceful political and economic societies in Japan and the world and to train those who will assume positions of leadership. In order to accomplish this mission, Hitotsubashi University lays down the following principles and policies for the active promotion of pioneering and interdisciplinary education and research in the social sciences, with the aim of helping to solve, as a center for Japan and the world, the important problems common to human societies. 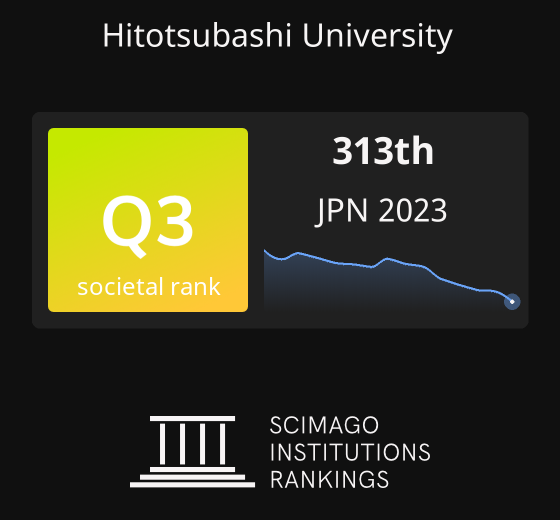