Mission: In recent years, universities have been required to have the quality of their education evaluated and accredited every seven years and to make the results of that assessment public. At the core of the assessment is the university's mission. Consequently, the university's mission, which had previously received little notice, has suddenly become the focus of attention. In 1906 the Japanese Dental Law was established, which introduced regulations on the accreditation of both public and private dental schools. But, as it turned out, the number of people who took the exam in Tokyo that year to become certified dentists numbered no more than 187. Dr. Ichigoro Nakahara, who was then a highly respected private practitioner, repeatedly urged the central government to establish public (i.e., national) dental schools. But since dentistry was considered to have little relevance to the national goals of building a strong industrial base and a powerful army, Dr. Nakahara's entreaties fell on deaf ears. In short, for the government, dental care was not regarded as a priority. Thus, although rules and regulations had been created, not a single dental school had been established. Dental students were forced to pursue their studies as best they could under the tutelage of private practitioners or in small, privately-run academies. Finding this situation intolerable, in June of 1907 Dr. Nakahara invested his own personal funds in establishing a private dental school in Otemachi 1-1, Kojimachi-ku, Tokyo. In the school's prospectus at the time of its founding, the following was written: "Working together, our goal is to assist private practitioners during the day, and in the evening to teach dentistry to those who have daytime jobs: first, by supplementing the deficiencies of the educational system; second, by lightening the burden borne by private practitioners who act as our mentors. This is the rationale behind our plan to establish a school devoted to the teaching of dentistry.… One goal is to introduce dentists into society who are versed in both the theoretical and practical aspects of dentistry; another is to produce dentists of high moral character." In other words, the mission of the school was to produce skilled and knowledgeable dentists of high moral character. In these early days, operating a private dental school was fraught with difficulties. In October, only four months after the school had opened, it was moved to Kijicho 4, Kanda Ward. Subsequently, Dr. Nakahara personally purchased the branch campus of Hosei University located in Kojimachi Ward at what is now Fujimi-cho 6-2. He moved the school there in 1909 and renamed it the Nippon School of Dentistry. Since the curriculum called for two years of study, July of that year saw the school's first graduates, 68 in all, consisting of 36 studying in the daytime, 27 in the evenings, and 5 special students. This was a veritable godsend to the contemporary dental community. A decade later, in 1919, the school was renamed the Nippon Institute of Dentistry, a legal foundation. Together with the private property previously on loan to the school, Dr. Nakahara donated privately purchased adjoining lands, for a total of 3,399 square meters. Then, in 1932, on the occasion of the construction of a new medical wing, Dr. Nakahara donated a further 1,221 square meters of adjoining land, which he had purchased with a prescient eye to the future. The present main campus occupies 6,477 square meters, of which roughly three fourths (or some 4,620 square meters) were gifted to the school by Dr. Nakahara. Thus, without relying on others or calling for outside assistance, Dr. Nakahara one-handedly founded a private school and steadfastly maintained its independence. Although he himself was modest about his achievements, Dr. Nakahara deserves our praise for his unswerving lifelong devotion to private education. This spirit has been maintained down the decades, and Nippon Dental University still today operates on the principles of, and deep belief in, independence and self-reliance. Throughout the 100 years since its founding, Nippon Dental University has never wavered from its stance of self-reliance and self-responsibility, and that, in truth, is what constitutes the school's true spirit and mission. 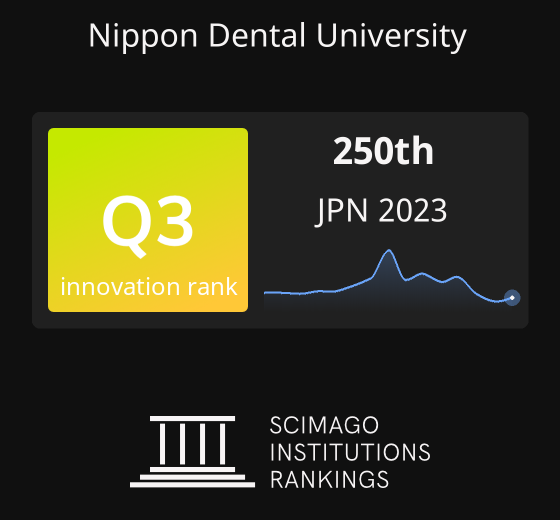