Mission: The Centro de Investigación en Matemáticas AC is a public research center integrated to the CONACYT System of Public Centers, dedicated to the generation, transmission and application of specialized knowledge in the areas of mathematics, statistics and computer science. Oriented towards scientific research, the formation of high-level human resources, the improvement of society's mathematical competence, as well as support in the solution of problems that fall within its areas of interest, CIMAT seeks to contribute to Mexico's scientific and technological development.

Vision: To be a research center of excellence and a pole of scientific development in progressive consolidation, recognized nationally and internationally in its areas of specialization; strengthened in its ability to convene and integrate a critical mass in groups of high scientific performance, and be a model of efficiency and growth and social impact for other research centers. 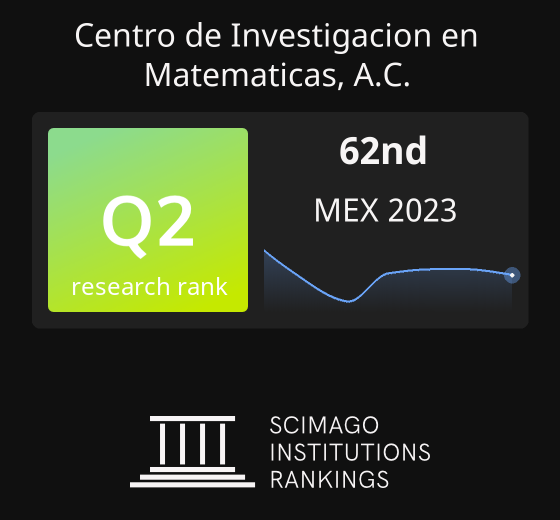