Mission: Considered as a "leading" higher education establishment in the life sciences, AgroParisTech has two fundamental missions: training engineers at the heart of a system extended to other academic and "professionalizing" courses, articulated in regional or thematic networks built with numerous partners; the production and dissemination of knowledge (research and development) in partnership with major research organisations and the main relevant professional technical centres. 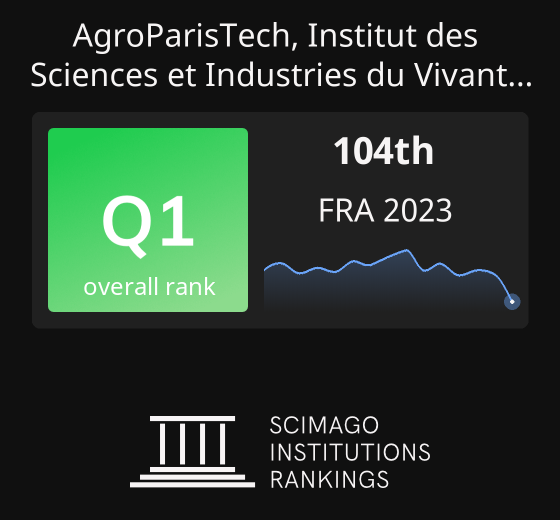