University of Silesia in Katowice

Mission: "The University of Silesia, operating in accordance with the ethos of European scholarship, assumes that as a commu­nity of scholars and students bound up with mutual respect and trust it not only responds to the increasing educational needs by providing instruction at the best possible level and conducting research which respects the elementary right of academic freedom in the pursuit of Truth, but also carries out a significant social mission consisting in encouraging self-development as well as the formation of creative attitudes and spiritual aspirations, whereby it helps shape the cultural image of the Region and Poland. Whilst being committed to both preserving and dissemi­nating knowledge which is a legacy of past generations, the University of Silesia also actively contributes to the cultural heritage of society through the pursuit of art and creative rese­arch, the interpretation of contemporary reality and the analysis of the evolution of values which shape the immediate envi­ronment. Both the geographical and cultural situation of the University, at a junction of regions to every one of which History assigned a different course, yet which for centuries have developed their culture through interpenetration and dialogue, endows the University with a European dimension and enables it to define itself as a place whose identity is constituted not by its isolation, but by its readiness to wel­come the Other and Different." 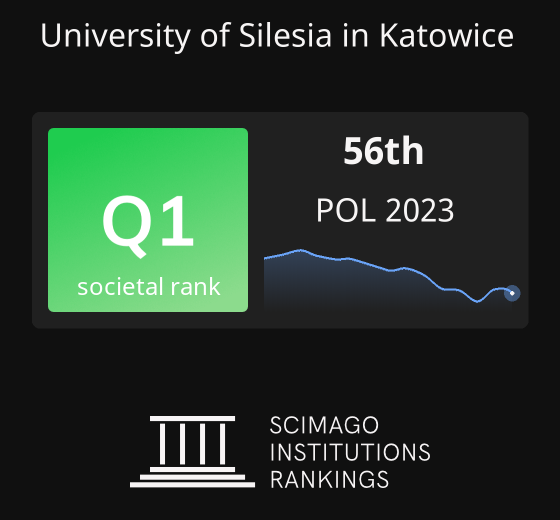