Mission: The West Pomeranian University of Technology in Szczecin, established by decision of the Polish Parliament on 1 January 2009, took over the leadership of two universities forming the foundations of higher education in West Pomerania. The tradition of the Szczecin University of Technology, the oldest university in Szczecin (year of establishment 1946), and the Academy of Agriculture (year of establishment 1954), is to work hard to rebuild Western Pomerania by providing the highest quality personnel. This history is a tradition not only of academic education and research, but also of working on shaping the patriotic attitudes of youth and academics. We had examples of this at the time of the struggle to create a democratic Poland. Even today, one of the missions of the university community is to prepare enlightened and aware of their role in Poland, Europe and the world of intellectual elites, able to accept and undertake in the future the tasks of shaping attitudes of patriotism, humanism and tolerance. Taking advantage of the richest tradition of higher education in these lands, the West Pomeranian University of Technology is a modern university with the greatest scientific and didactic potential. For many decades, scientific research of the highest level has been conducted here, enabling the education of students in several dozen fields of study in technical, natural, economic and artistic sciences. The pioneering nature of the activity, tradition and undoubted achievements determine the mission of the university. 3The University, which brings together faculties from different fields of knowledge, sees one of the elements of its mission to develop interdisciplinary and multidisciplinary research and education courses, at the highest world level, enabling the combined solution of technical, natural and economic problems. Acting on a global and local level, it takes special care of the quality of education and thus of the high level of graduates able to take on the responsibilities of further development of science and economy. The West Pomeranian University of Technology in Szczecin, aware of its pioneering tradition, is particularly open to the needs of the West Pomeranian economy. The University will continue the existing tradition of shaping innovative professional staff, caring for quality and diligence of its own and its collaborators. A special part of our mission is to nurture the constitutional autonomy of the university. We treat the independence of research, education and development policy as an important part of the mission. Autonomy also means duties and responsibilities. This responsibility is primarily to shape the professional and human attitudes of research workers and graduates and to create material conditions for their activities within the limits of their abilities. 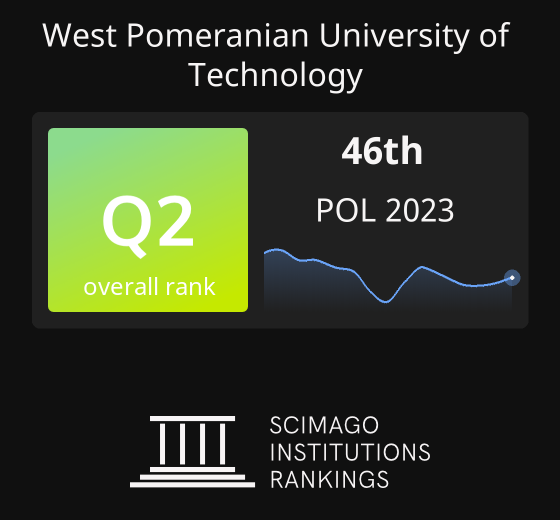