Mission: The Institute for Quantum Optics and Quantum Information (IQOQI) of the Austrian Academy of Sciences dedicates its work to theoretical and experimental basic research in the areas of quantum optics and quantum information science. Research topics range from the foundations of quantum physics to their applications, for example for metrology, sensor technology and quantum information processing. Internationality, worldwide networking and highly actual research topics characterize the institute's work which aims at conducting independent top-notch research. The institute's personnel and infrastructure is closely connected with the University of Innsbruck and contributes strongly to the education of doctoral and master students. A particular concern of the institute is the sustainable advancement of young academics, and together with the University of Innsbruck, their integration into the research and teaching program. 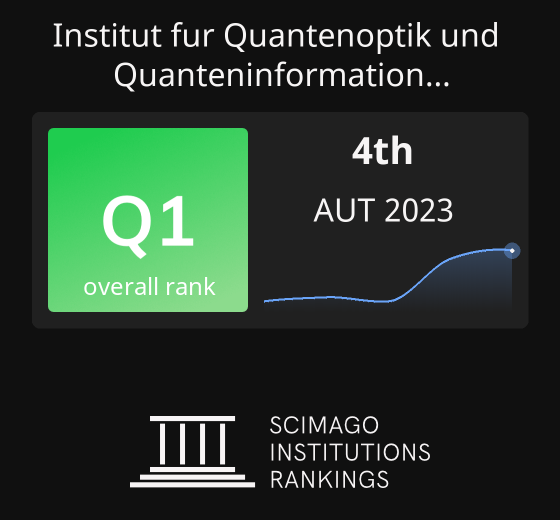