Mission: The Pontifical Catholic University of São Paulo is fundamentally oriented towards the the principles of Christian doctrine and morality, ensuring, within the of these principles, the freedom of research, teaching and thought expression, always aiming at the accomplishment of its social function, considering the nature and the interest public of your activities. As a Catholic University, its mission is "to transmit the intensive and extensive culture of science and form the conscience of our men of today and of the future" mission which is symbolized in the coat of arms of the University: "Et augebitur scientia", science is completed by wisdom, for the conscience that possesses the truth and wants the good

Vision: PUC-SP is a community university, of a confessional character, with tradition in the scientific, cultural and humanistic development at local, regional and national level, marked by flexible academic activities, with references in excellence and quality academic and knowledge production, seeking international relevance and interacting with society through its peculiarities of commitment to democracy, the citizenship and social justice. 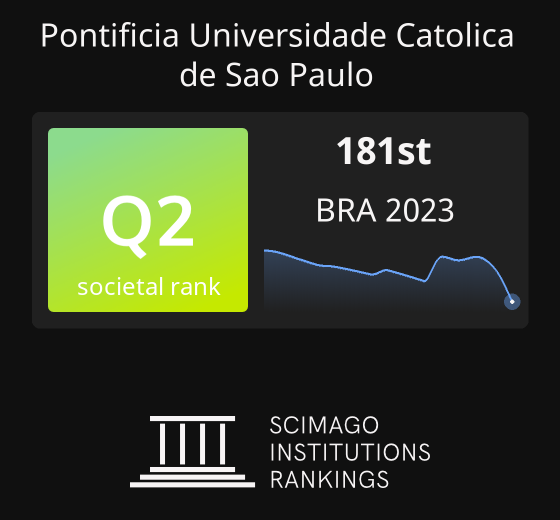