Mission: The University of Nizhni Novgorod sees its mission as maintaining and strengthening the role of UNN as one of the leading institutes of Russian higher education which is engaged in: research-based training of highly skilled graduates capable of making an effective contribution to Russia's development; the development of fundamental and applied research as essentials for the provision of high quality education and as sources of new knowledge and technologies that provide solutions to pressing social and economic problems ; the development of a knowledge and technology transfer culture common to all universities; making a significant contribution to the development of Russian education and participation in the efforts of Russia's universities to form an integrated system of higher education in Europe; active influence on socio-economic, cultural and ethic development of the Nizhni Novgorod region and the Volga Federal District. 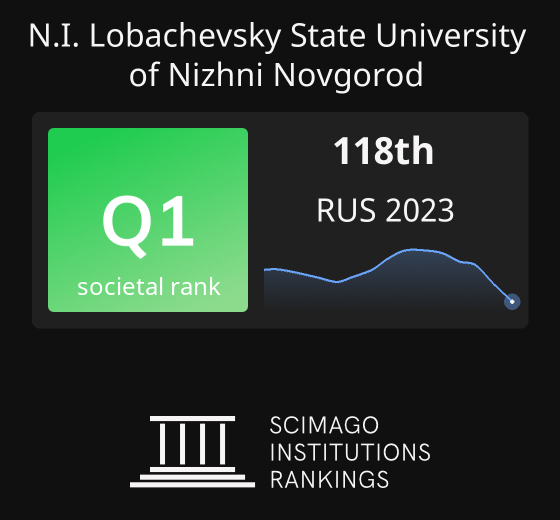