Mission: The Universidad Complutense de Madrid (UCM) is an institution with a long history and wide social recognition that aspires to be among the leading universities in Europe and to consolidate itself as a reference centre for the Latin American continent. With the students as the axis of its activity, the UCM is committed to an integral and critical education of the highest level. Teaching quality is a true "Complutense stamp" and postgraduate programmes are a priority. The Master's and PhD programs at the Complutense University have the human and material resources that guarantee their excellence. The approach and intensification of relations with society and the productive environment is one of its priorities for the coming years.

Vision: The UCM has great research potential and many of its research groups occupy leading international positions. The Complutense University is committed to developing poles of excellence based on large networks of quality groups, promoting emerging groups and integrating young researchers. And, of course, to link research with training at all levels of undergraduate and graduate education. The organization of the UCM is governed by a commitment to user service, simplifying administrative procedures. Its activity responds to the principles of democracy, transparency, sustainability of the campus, real and virtual accessibility, preservation of the environment and commitment to the social and economic environment. The UCM is a quality public university at the service of society and offers its students undergraduate and graduate degrees that are widely accepted in the working world. 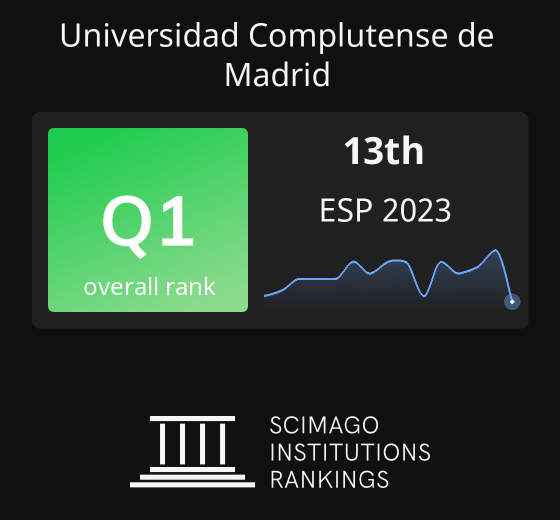